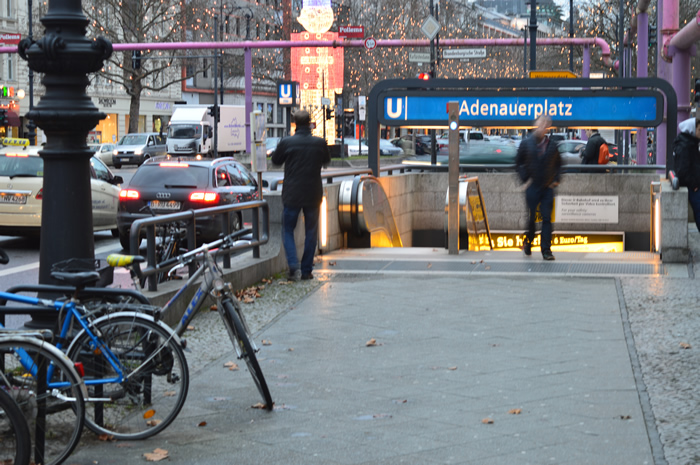 It is so depressing how little you are able to see when you are visiting a new place for only a couple of days. My sojourn at Frankfurt done with, it was time to see what Berlin, the capital had to offer. I surely hoped to return to Frankfurt for a longer visit if I could raise the money and again get a visa. If you are coming here from Europe, bring your own car with you or prepare to get scalped by taxis.

. The security checks at departure from Frankfurt were extremely thorough . Leaving my camera in my bag as it went through the scanner earned me a scolding . I had a long chat with an elderly couple while waiting to board . They were both in their 80s , coming all the way from Vancouver, Canada and heading for Munich just to join a tour cruise on the Rhine. Isn’t that weird, I thought. The lady engaged me in a long chat about Lagos. Certainly an incurable tourist. I told them I want to be like them when I grow up. Again, not wishing to miss my flight, I pestered the usherette at the boarding gate so much and so frequently that she asked me to come stand with her.

It was a short and eventless flight from Frankfurt-am-Main to Tegel Berlin airport . At Tegel, I wisely bought a cost-saving Berlin Card an on impulse asked the vendor the best way to get to my hotel. She suggested a bus to Adenauerplatz, and then perhaps a six minute walk to my hotel.

The bus ride to Adenauerplatz took only 20 minutes bus from Tegel airport. I congratulated myself for saving at at least €30 for deciding to exit the airport by bus this time rather than by taxi and also getting. a better feel of directions as a bonus. At a falafel shop near the bus stop a young man Googled up the direction to the hotel for me. . Nevertheless, he still managed to send sent me the wrong way to Paulsbroker Strasse instead of Paderbroken Strasse.

By a stroke of luck I eventually found the Lichtburg Hotel. The lady at the front desk had the most appalling attitude you could find in someone holding her job. She was quite jovial though but I would say she didn’t really seem to like her present employer very much. I got the feeling she would have sent me somewhere else if she could. She made good conversation nevertheless.

The only lift at this hotel was ancient and slow. You also still needed a real key to enter your room rather than the magnetic card entry, not that it made any difference to me.I had the usual bottle of mineral water waiting for me in my room ,this one wearing a big ‘welcome’ tag wth €4 written on it. An hour later I proved to myself that I could get it for €0.45 from the Netto supermarket just a hundred yards away.

Having dumped my luggage, I set out to explore and would kick myself to find that my hotel was only about three minutes walk away from where I had got off the bus from the airport. This territory was more of a disappointment to me than my Frankfurt stop though and It took me ages to find a takeaway. I was nevertheless happy that when the going got tough, there was the Netto , just aout a hundred yards away .