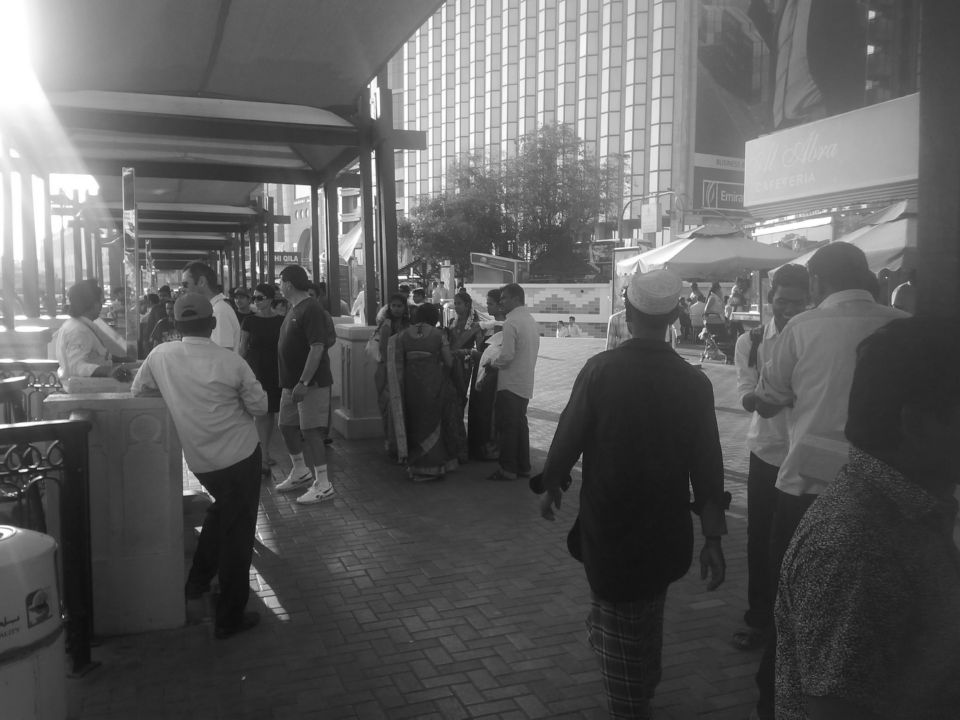 Next day was Friday, which was like Sunday in most parts of the world because on Fridays most of the shops and businesses were closed. Much of the transport system were also shut down till after noon. Restless for adventure, I took a long walk along the Dubai Creek. My guide, Abass, had abandoned me in search of richer picking, but I considered this an advantage to wander whichever way I wanted.
My dhow cruise was booked for tonight and till then I had the whole day empty of any other scheduled activity. I had been having misgivings about the night boat cruise and dinner though. Such things, as everyone knew were for lovers and I had not come here with any lover. I was not even sure I loved myself enough to want to go on a night dinner date with myself.
A bus came around six to take me for the dhow cruise. Again the hotel manager looked impressed. Apparently this had never before happened to any guest in his hotel. His hotel normally catered to traders who needed to ensure that their last Dirham had been used to purchase goods which could be sold at a profit back home, and would not think to waste valuable money on unprofitable matters such as taking nocturnal pleasure rides on a boat. The bus went on to pick up an American couple who looked very drunk and away we finally went to the boat docks at the other side of the creek.
Looking over the creek I could quite clearly see the Al Sabkha ferry station where I had spent a long hour a couple of days before. I thought ruefully that I could have saved myself a lot of money if I had gone on a small boat ride at the Al Sabkha ferry station. I felt doubly cheated to discover that the craft which we were to ride in didn’t look anything like a dhow either. It was no more than a redecorated barge; kitted to take as many passengers as possible on its two decks. But then, what do tourists know?
I seemed to be the only unaccompanied passenger and I found myself bumped into a lone seat in the middle of the top deck. I felt quite ostracized and from then on it became just another agonizing and boring ride. The three-hour ride, as the billing said, was supposed to take you through the estuary of Old Dubai and give you the chance to experience the history of the city, the historical buildings and all. How anyone was supposed to see all this in the dark night quite escaped me; and even then from my disadvantaged position mid-deck, there was very little I could see of what was overboard. The buffet food was excellent, but in my funk I persistently reasoned that I could have purchased approximately the same food at a restaurant for less than a quarter of what I had paid for this trip, and also saved myself the pains of a senseless night trip on a boat.
To make my mood even worse, Mr. Tito had also been brought to come to do his thing on the boat. The audience, oblivious of my surliness, joyfully applauded his performance. Round and round, faster and faster he spun. The audience clapped and clapped, and urged him on till all the lights suddenly went off and he exploded into a Christmas tree with the blinking lights all over his body, tracing swathes of colored lights as he spun around. The audience was ecstatic, but I had seen it all before.
“Boo!” I gruffly muttered.
The dhow cruise was concluded around ten in the night, and the bus driver took me back to the hotel. I was tired and I was annoyed, for subjecting myself to such a miserable experience. The bus driver made it more difficult for me by begging for a tip.
“You know, in this job one never gets paid enough to survive,” he began in a sorrowful voice. I resolved not to join the conversation, but he continued anyway.
“Can you give me a little money for dinner?” he concluded as we neared my hotel. I felt in my pocket for the loose change. I came up with three Dirham, which I gave to him. A pained look came upon his face.
“This wouldn’t get me more than a cup of coffee,” he whined. I thought to ask him how I became responsible for his welfare, but as I no more trusted my temper tonight, I remained silent, also wondering why he hadn’t tried to do this with the other passengers he’d earlier dropped off. Why me? Do I look so easy? At the hotel door, I gave him a five Dirham note. He wonderfully did not thank me.