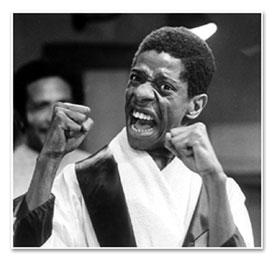 They could hear the whack-whack sound of the helicopter as it circled overhead. They could also hear the occasional whoosh and scream of the fighter jets. Much nearer was the grinding sound of the armoured tanks as they approached. Once every two minutes or so a burst of machine gun fire ripped into the half demolished church building, and a sniper or two pinged the rock under which they hid  as if to assure him that his position was known.

‘ I think they are looking for you’, the vicar   said; quite stating the obvious.

‘Yes, I think so too’ Denrele agreed

‘In which case I am at grave risk, being here with you’ the vicar  observed.

‘God is with us’, Denrele nervously pointed out.

‘I really have to leave. It is foolish for me to be with you, considering that your enemies desire your life’, the vicar was emphatic. The thought of being left alone filled Denrele with horror.

‘Please don’t leave me’, he pleaded. The vicar considered this helpless request and also appeared to  consider what God would have expected of him.

‘Were you listening to my sermon today?  Can you remember what it was about?’,  the vicar asked him.

‘Yes I do remember. It was about young David and Goliath the giant. You were describing how size does not matter when God is on your side’, Denrele replied.

‘Absolutely.You are presently in such a situation. You are the David and they are the Goliath. Let me read the story to you once more’. And the vicar took a little Bible from his suit pocket and proceeded to read once more , the story of how David killed the mighty giant Goliath with a slingshot and some stones. Denrele did not at this time care for this sort of sermon. He would have preferred to hear one about the great Prophet Elijah at Mount Carmel and how he had called down fire from heaven to destroy all his gathered stubborn enemies.

‘I had brought this to church today as an illustration for my sermon, but I now see that this was by divine instruction. God knew that someone would need this equipment today to destroy Goliath type of enemies, halleluyah. Now my little David friend, I want you to exercise your great faith in the Lord and demolish the big enemy with your puny weapon. The Lord be with you’.

And after evoking a hasty benediction, the vicar slipped smoothly out from under the rock and fled with all his might. He had wanted to tell the vicar that his name was Denrele and not David, but too late the man of God had scaled the church wall and disappeared to the other side. Alone and feeling utterly naked, Denrele at last feared that his hour was near. It was only a matter of time for the footmen for his foes to advance upon him and place a single bullet into his head ,ending his life. Yes, he was truly a goner, but should he just wait here   cowering behind the rock like a dog? Never! He should go down like a man, even if a very foolish man, considering the weapon he carried.

So, he fitted one smooth pebble into his slingshot, rolled out from under the rock and took a wild shot at the helicopter flying overhead. It was a sure shot and he was completely amazed to see the huge craft explode in the air and come crashing down a hundred yards away. Denrele looked at the slingshot and the pile of pebbles at his feet and scratched his head in amazement. This was completely unbelievable. A fighter plane came swooping down  and Denrele fired another stone at it watching it also crash to the ground far away and explode at the end of a depressing trajectory. Another approaching plane seemed to take fright and it fled away.

Now quite full of confidence, Denrele stood and again in the same manner destroyed two advancing armoured tanks and put an entire troop of armed soldiers to flight.  But alas, he found that he had run out of stones and was finally again at the mercy of the steel war machines crawling purposefully in his direction. In submission he closed his eyes, knelt on the ground and began to mutter his last prayers for he knew that the time had come for him to die.

Available on Bambooks, iBooks and most online book portals