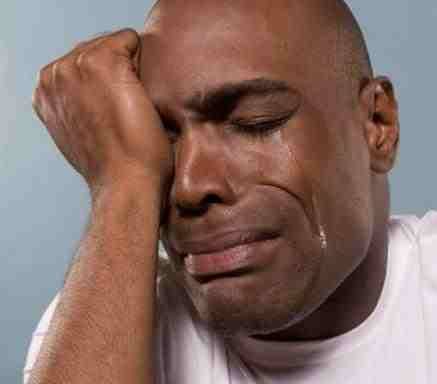 The next day, Sunday, was even more unkind to him. He had no appetite at all and most of the day he felt disembowelled, tired and restless. He felt feverish and extremely thirsty all day. And mostly he just lay on his bed, listening uninterestedly to some music and expecting, wishing that Laide would come knocking any minute from now to apologise and to explain that it had all been one bad joke. But that didn’t happen. Not this day and not the next. On Tuesday evening after his job hunting rounds, Femi went to Laide’s home.
‘She’s not home, Uncle Femi,’ Iyabo, her little sister who was about twelve years old, told him at the door. She too had inherited that mischievous smile which hid all and suggested that whatever the owner had just said couldn’t be relied upon – obviously a family trait. More so, as Femi thought, he had definitely heard Laide’s voice just before he had knocked. But then he could have been mistaken.
‘Okay, Iyabo, do tell her that I called. I will again visit her tomorrow about this time.’
‘Okay,’ Iyabo had said before bolting back indoors, firmly shutting the door behind her.
Next day, Femi returned as promised. This time, the response had been even more disappointing.
‘My sister is sleeping and she says not to be disturbed,’ Iyabo had told Femi, looking quite amused.
A desperate thought came to Femi. He thought to wait till she woke up. After all, he had sometimes spent the entire day in this house just chatting and playing all imaginable time-wasting games like Ludo, Cards, Scrabble, and Monopoly. He had even helped Laide in the kitchen a few times. However another stronger voice of reason told him, no, if she wanted to see you, let her come looking for you. With calmness in his heart, Femi obeyed this other voice.
‘Iyabo, do tell her again that I came and that I do miss her a lot,’ he very sincerely said.

Femi could now bring himself to accept the unexplainable situation. He could also not  stop asking himself why. Okay, they were just friends and not really married. But were there no better ways to tell a friend that a friendship was over? Were long-time friends not expected to know why the friendship had to be terminated? Could real friendship be terminated? He blamed himself for letting her crawl so deep under his skin so much that he had felt so secure in their friendship. But could he blame himself? His feelings were genuine and he truly loved Laide. Of that he was sure. Well, better it had occurred now than much later when they had become married and children had become a part of the relationship; and a breakup would not mean just two unhappy persons, but also children scarred for life. Nevertheless, he did sorrow for long over this even though he promised himself to be bold. A couple of times, he had wept in the night. Not for Laide, but for himself. He had wept that he had been so easy and so insignificant to discard without any hint or remorse.
For Femi, the next three years had been years of rage. Death to all women.
And before that, he had solemnly  sworn to himself and by Ogun and by Sango and by  all the gods that kill people, never to give his love again to any woman for eternity.

~ From the novel Somber City by Rotimi Ogunjobi