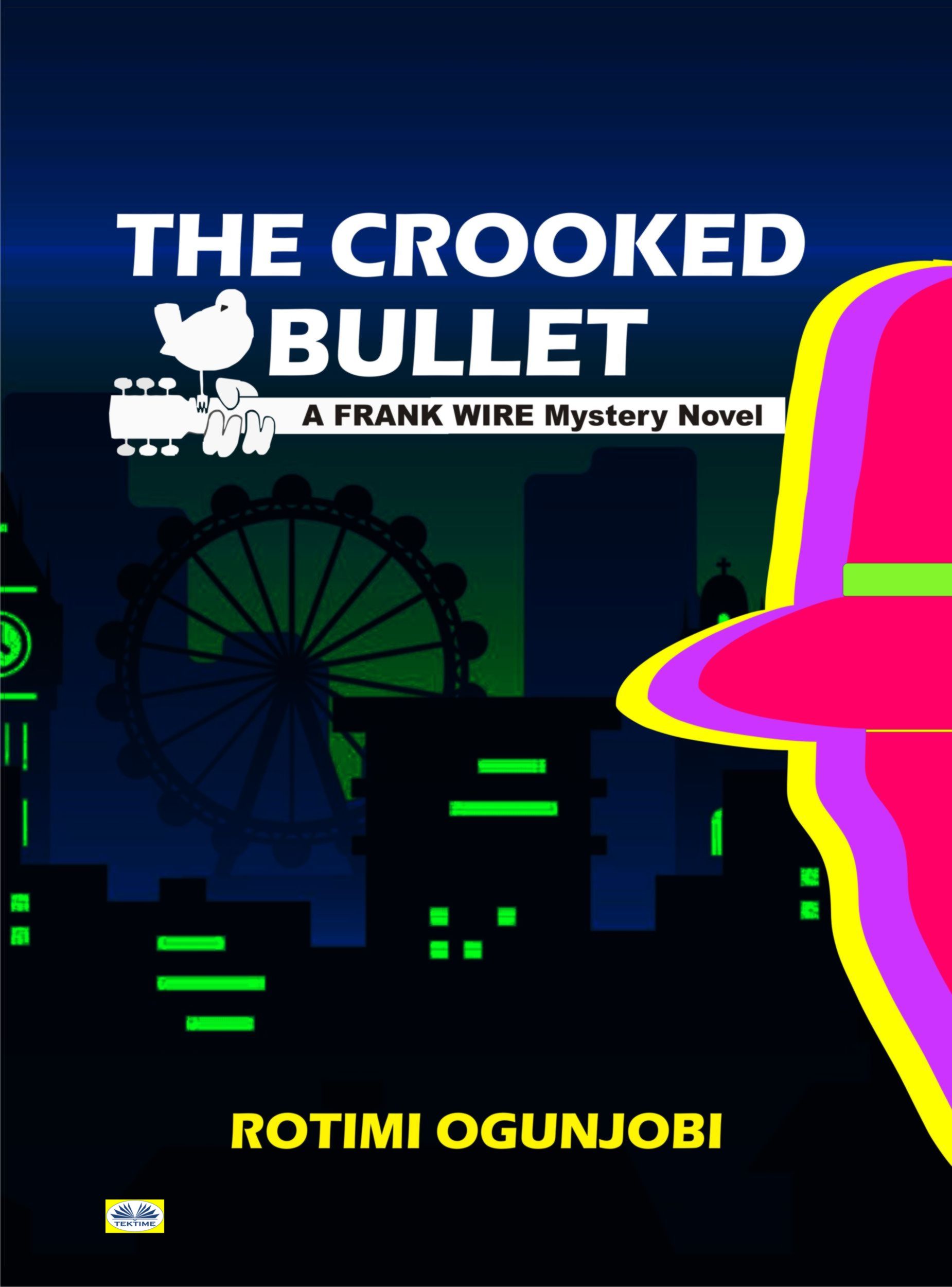 One of my favourite comedy films is The Black Bird, featuring a constantly harrased detective called Sam Spade. The film is a spoof of the novel The Maltese Falcon by Dashiell Hammett . The Crooked Bullet is something along a similar quirky theme. However while Sam Spade is an experienced shamus,Frank Wire, the hero of The Crooked Bullet is a fumbling amateur attempting to replace his lost job as a newspaper reporter with a new career as a private investigator. Apart from his new and exciting profession, our hero also has an interesing sideline moonlighting as a disk jockey. Here we have a reckless novice attempting rather hopelessly, to solve other people’s problems.

His name is Frank Wire, private detective by day, DJ by night. He previously worked as a journalist with the East End Mirror before he was fired; then he bought a self study private detective course and life was never the same anymore.
A wino wants Frank to get proof that his wife is cheating on him. An Indian jewelry merchant also wants Frank to find a missing good luck charm called The Crooked Bullet. Meanwhile in Woodstock, a sprawling countryside health resort, an eccentric millionaire has a diabolic mission: to make England and the entire world go .without shoes. And he has recruited into his silent army, thousands of persons from across all races and shades of lunacy and signed up the mysterious new music megastar known as the Ex-Man to perform at a blockbuster concert aimed to recruit the entire world into The Barefoot Revolution.
Things are not working well at Frank Wire’s new occupation. The wino’s wife goes missing and Frank finds himself constantly tailed by a fierce gang. The daughter of the jewelry merchant also soon goes missing to the distress of her fiancé and the distressed father wants Frank to deliver the ransom money. Frank would have no part in this plan, until his girlfriend goes missing and he begins to get nasty phone calls from the kidnappers
Finally, Frank agrees to deliver the ransom to the kidnappers; rendezvous is the Psychedelic Shack, a newly opened gigantic shopping mall filled with barefooted hippies. Here Frank eventually finds the missing women, the missing good luck charm and two memorable foes from the time he worked at the East End Mirror. Frank also makes the shocking discovery that the mysterious Ex-Man is no other than his DJ partner.

“Frank found Eagle Detective Training Institute on the second floor of the mall at Elephant and Castle. It was a sparsely furnished small office, with only one desk, behind which he found Mandy seated, quite engrossed with her OK magazine. An ornately framed black and white portrait of a distinguished looking gentleman with handlebar mustache supervised his discussion with the giggly Mandy, who was the o.
‘I called you about one hour ago about the detective course’, Frank explained to her.
‘Yes, you did. It is of course a home study course and it normally costs four hundred pounds, but you can buy for only two hundred and forty nine pounds and ninety nine pence at the discount price if you buy today. ‘, Mandy went straight to business.
‘That’s a lot of money, is there an instalment payment option?’ Frank asked.
‘No, unfortunately. It’s a bargain though; and there is a certificate inside the package. After you are done with your studying you just print your name on the certificate put it in a frame and hang it in your office to prove that you are a real detective’, Mandy actually failed to see how ridiculous she sounded. She went into a store behind the office, came out with a box which she placed on the table in front of Frank.
‘Heck, I can’t read all this ‘, Frank told her. Mandy shrugged her shoulder.
‘In any case for ninety nine pounds extra you could purchase the entire courses recorded on CDs and listen to be trained as a detective’, she advised.
‘That sounds better. Okay, I will just have the CDs then.’ Frank happily offered. Mandy firmly shook her head.
‘No, the CDs must be bought together with the books, not alone. Don’t be lazy with your studies; it is not easy to become a detective you know.’ she playfully scolded.
‘That’s a lot of money’, Frank scratched his head thoughtfully.
‘Well, the advertisement did say that you could actually earn a hundred quid per hour as a private detective so this is cheap. You get all your money back in four hours.’ Mandy shrugged and giggled some more. “

Never send those who love and trust you on journeys you’d rather not yourself travel. That is wickedness .