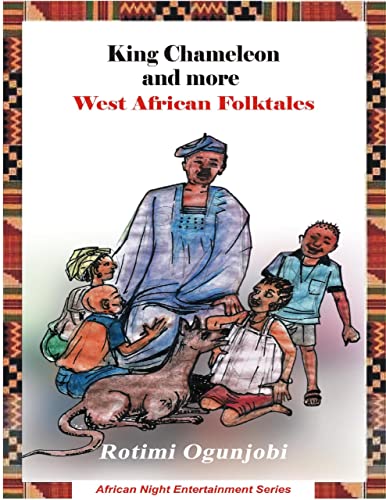 King Chameleon and more West African Folktales is a selection of folklore believed to have originated from West Africa and the people who live in the region. West Africa is home to several scores of tribes , languages and dialects.
Even though, tribal cords are quite strong and languages may differ markedly even between two communities a few hundred miles apart, it is usual to find similarities between the local folktales , and in some cases only the names of the central characters would make one version of a tale to be different from another .
Most of the stories in this volume were gleaned from areas within the countries now known as Ghana and Togo. However, the stories are commonly retold in several forms all over the West Africa region.