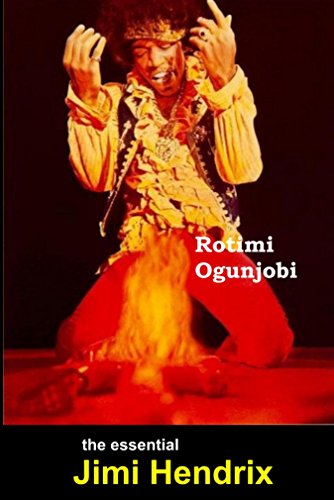 “The time I burned my guitar it was like a sacrifice. You sacrifice the things you love. I love my guitar.”- Jimi Hendrix James Marshall “Jimi” Hendrix was a cultural icon and arguably the greatest and most influential electric guitarist in rock music history. Mostly self-taught on the instrument, the left-handed Hendrix played a right-handed guitar turned upside down and re-strung to suit him. Hendrix extended the tradition of rock guitar, exploiting them to a previously undreamed-of extent. As a record producer, Hendrix was also an innovator in using the recording studio as an extension of his musical ideas. In 2003, more than 30 years after his death at 27, Rolling Stone magazine named Hendrix number one on their list of the “100 greatest guitarists of all time”. This book presents Hendrix, the man, the musician, the philosopher. It presents his music, his shows, his song lyric, his life.