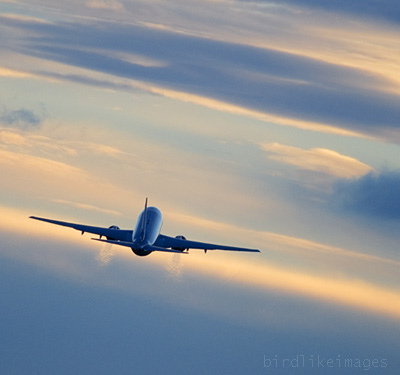 3.15 pm I have arrived at the Owerri airport , having pre-booked my flight by phone while on the way. I have just concluded an unnerving assignment  somewhere between Owerri and Enugu in the midst of treacherous terrains and hostile gun-carrying parties. It has been an assignment which for most part of the way had me attempting to picture how I would look dead – either from a broken neck or a body riddled with bullets.I survived  nevertheless and here I am at the airport  trying to catch a plane back to Lagos to meet a client’s deadline. My  travelling companion has for long hours whined about it  being faster  to travel by bus. By the time we reached the airport he is looking quite panicked.  Apparently he has never travelled by plane before.

3.45pm I am back from checking in my luggage. I find my companion in a restaurant having a huge meal and with a large Guiness stout in front of him. I had some fish too ,any other food looked   quite dangerous.My companion wanted to know what I have done with my luggage to  have got it all reduced to a laptop and tablet . He didn’t appear to understand what t I meant by check in. He is soon on his third bottle of the large stout and chattering like a monkey. He has also popped some pills .

“Don’t you think you are drinking too much ; or are you so much afraid of flying ?” , I ask him.

“Me afraid ? Never !”, he boisterously asserts himself. I am worried for him nevertheless

4.10 He is getting on my nerves this fellow.I leave him for the departure hall.He joins me later quite excited. Again he asks what has happened to my luggage. He still doesn’t seem to understand and I think he is getting near catatonic. Boarding announced at last and we walk  to the plane.It is a Aerocontractors flight and I am assured by the expatriate captain who is about my age , and so I think wouldn’t be too careless. At the boarding queue, my companion appears about to dash  away and make an escape over the perimeter fence but he is shepherded back to the queue. He is extremely fidgety. There is some other nervous argument going at the rear.  The atmosphere all around is filled with sad sighs. Inside the plane my companion finds me , his eyes wide as saucers . He wants to find out where I am sitting . I prayed that he would be sitting nowhere near me. God wins.

4.30 We are airborne now.The lady sitting by me has a huge bible in her laps.She is mumbling her psalms. After a minute of prayer I comfort myself with Physics – that if the plane doesn’t fall at takeoff the trip is half concluded. It takes off successfully. In midflight  I comfort myself that the plane is being now borne along by momentum and a lot of natural convection current;and only a bomb or other deliberate assault could destroy it in this section of trajectory. No bomb aboard thankfully. The lady beside me is not so persuaded though. She chants her Psalms nevertheless.Some other bastards are having a loud and angry discussion about plane crashes. On the other side of the aisle someone is reading a newspaper , and it seems all the pages he opens are filled with stories about plane crashes. How can people be so disgustingly wicked towards one another?

5.25 The plane commences final landing manouvers. The landing gear pops free (that’s encouraging) and it approaches Lagos like a huge swooping bird , the houses below becoming distinct at last. I can hear a smell . Yes, it is so thick that you can actually “hear’ it. Someone , or several people seem to have defecated in their pants. The air is filled with the suffocating stench. I refrain from making a comment , suspecting the lady sitting beside me.I keep a straight face. Again I comfort myself with Physics  and the belief that barring pilot error/youthful exuberance planes only crash at landing if both engines suddenly fail or some Juju or witchcraft is down below at work. I plead the blood of Jesus on myself for sake of safety  and busy myself with taking  huge breaths for the painful compression/decompression discomfort in my ears.

5.30 The plane lands at last.Inside here it is like a huge oppresive balloon of silence has becomes punctured. People actually waited for the plane to come to a stop before gettingout of their seats. Quite “un-Nigerian” I tell you. I sight my companion at the foot of the steps making a dash for the airport apron shuttle coach.He looks stoned.We are now finally in the coach and it crawls off to the arrival gate.Horror of all horrors , some passengers are  shocked to see the pilot get into the cockpit of another waiting plane.

“Dat is why planes crash anyhow in this contry.Dem no even allow de man rest small. He never even piss self ” .

Another long argument begins on the cause of air accidents.Tempers are high , almost everyone in the coach is in an excited state of emotion – almost everyone has been transformed into a potential  killing machine fueled by a definitely kinetic form of panic. Thank you Jesus for journey mercies, I mutter.

Epilogue:To the families of all who lost their lives in the Dana Airline plane crash , I know how you feel having known how your loved ones may have felt in their last minutes. I offer mygenuine condolences.  May their souls rest in peace.Amen.

Being the  brief transcription of a recent flight in Nigeria’s airspace.